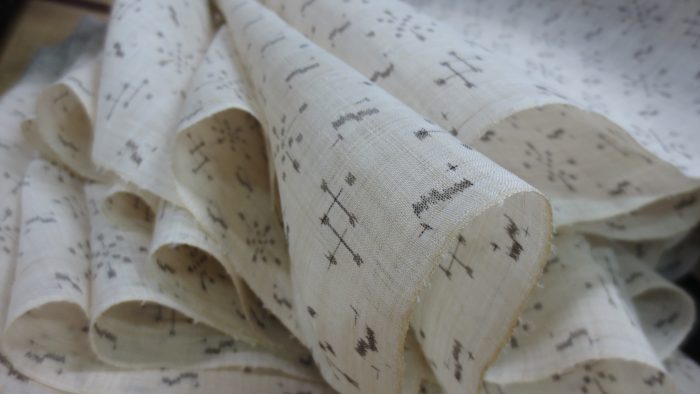 Ojiya-chijimi is the Echigo jofu with an additional wrinkling step that employs hard-twisted weft threads so as to create wrinkly texture after washing hardly with hand and feet in tepid water.

Echigo-jofu is now produced about 30 tan annually, and Ojiya-chijimi is merely 3 tan. Due to small production rate, they are almost phantom hemp textile hardly seen in marketplace, and became same value with luxury car. 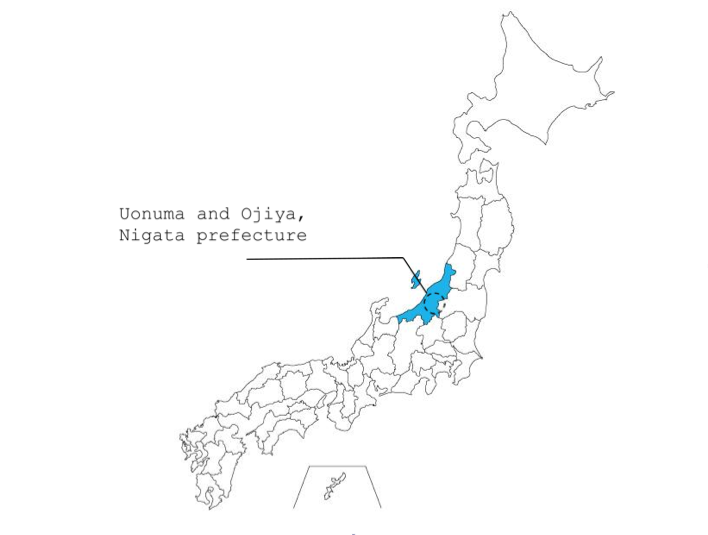 Ramie fabric only possible in the Snow country

Making of Echigo-jofu’s yarn takes half a months by splitting ramie stems by fingernail into strands thinner than hair, to joint them together to form a yarn. After that, the weaving by back-striped loom takes about 3 months. Finally, the clothes are laid on the snow for natural bleaching effect for more than a week.

A sequence of the processes follow the local snowy season.

The reason why the looming is done during the snowy period is because ultra-fine ramie threads require humidity, otherwise warp threads on the loom breaks easily. 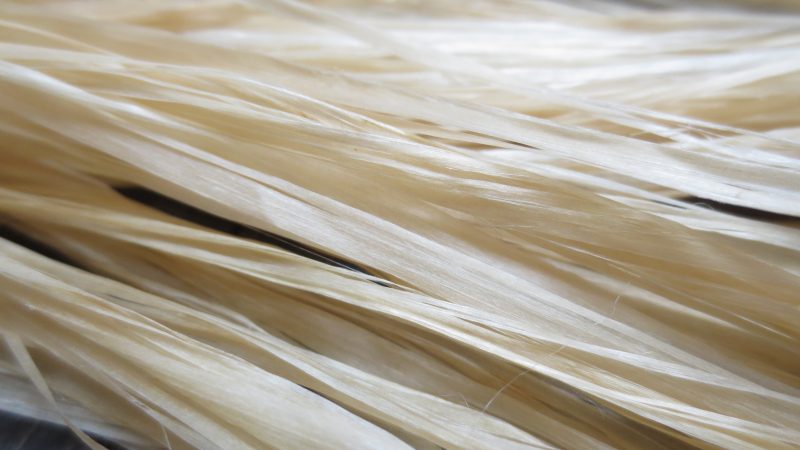 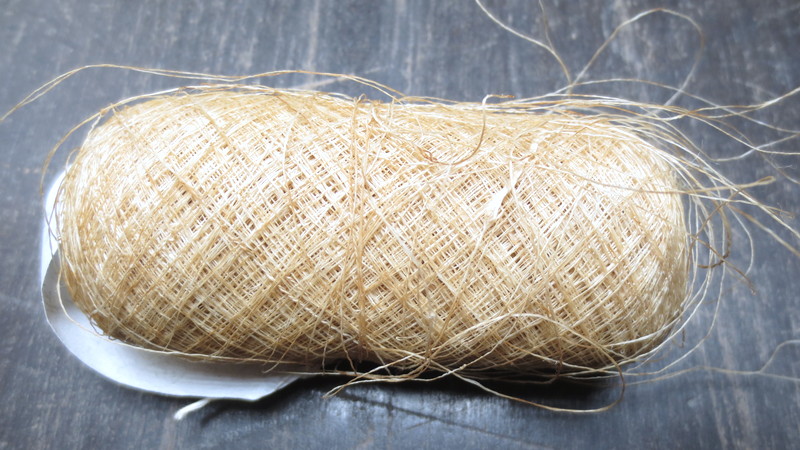 The history of hemp textile making in Echigo region is very long. There is a record in 749-757 indicating that thousand of textiles were sent over imperial court.

The ramie textile production in Echigo region, has been handed down generation to generation until today over 1000 years. It has been developed and maintained as a farmer’s indoor sideline business during their agricultural off season.

It was also the only source of putting their spiritual and creative energy, when snow completely shut off their houses from even next-doors.

The difficulty in weaving will increase, if finer the thread, and more complex the kasuri pattern.

Below are some of Echigo-jofu and Ojiya-chijimi currently we have on the store. Each of them may be even valuable enough to be collected in museum. 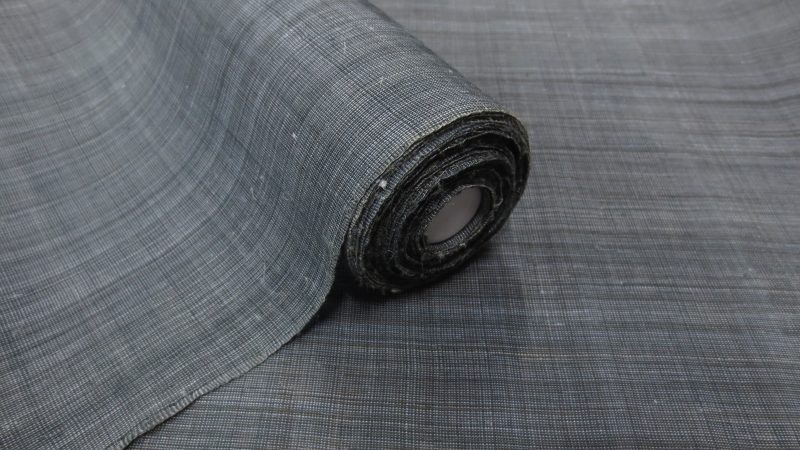 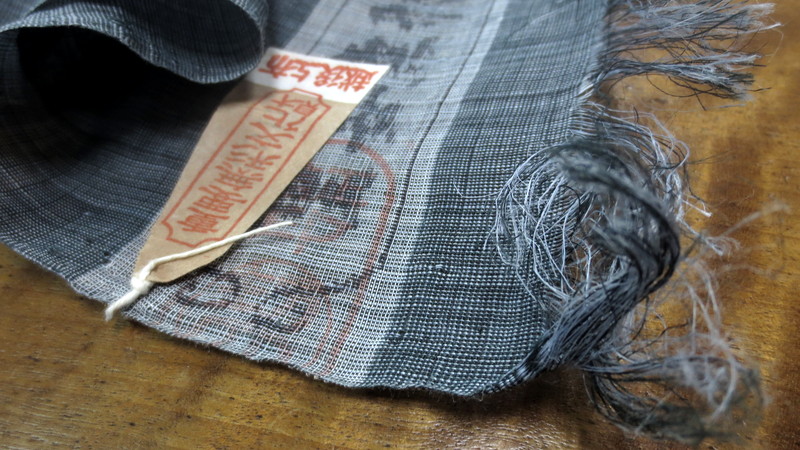 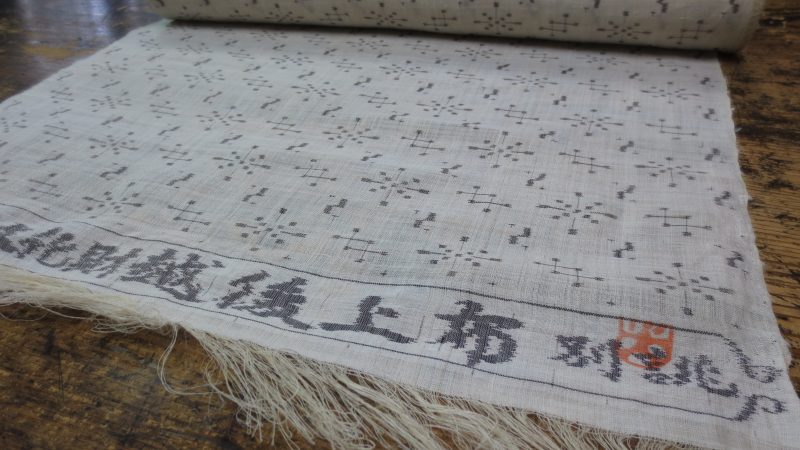 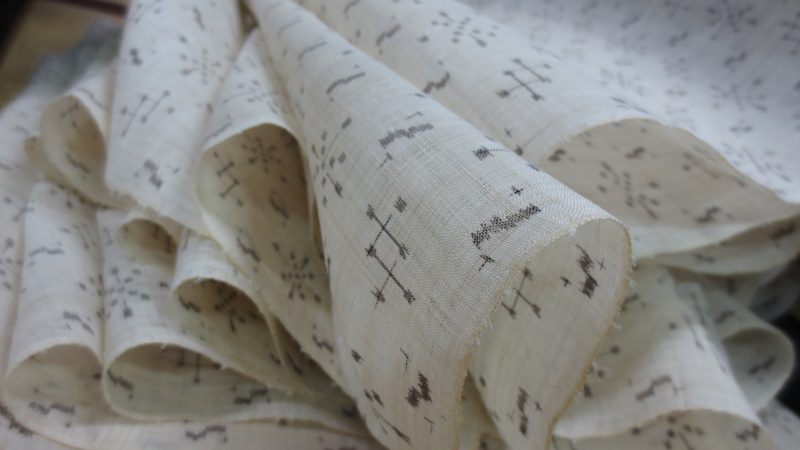 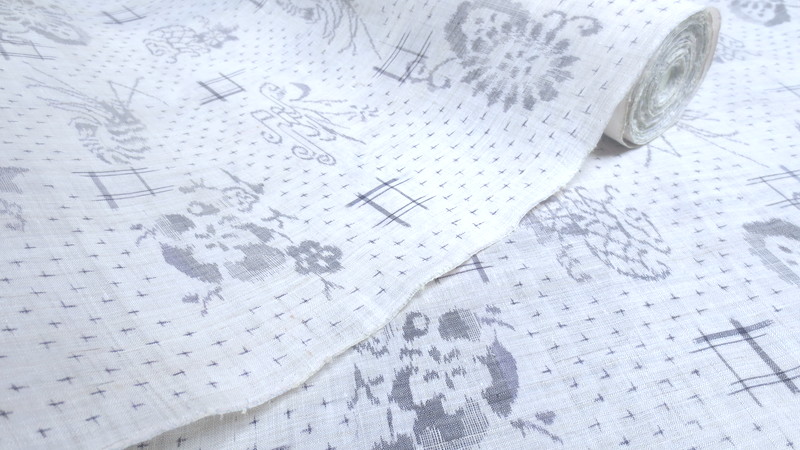 Very intricate kasuri. Various abstract patterns are on it. 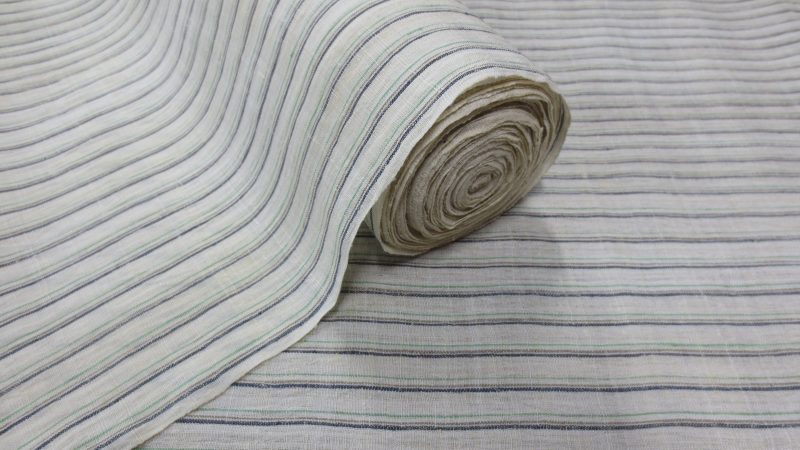 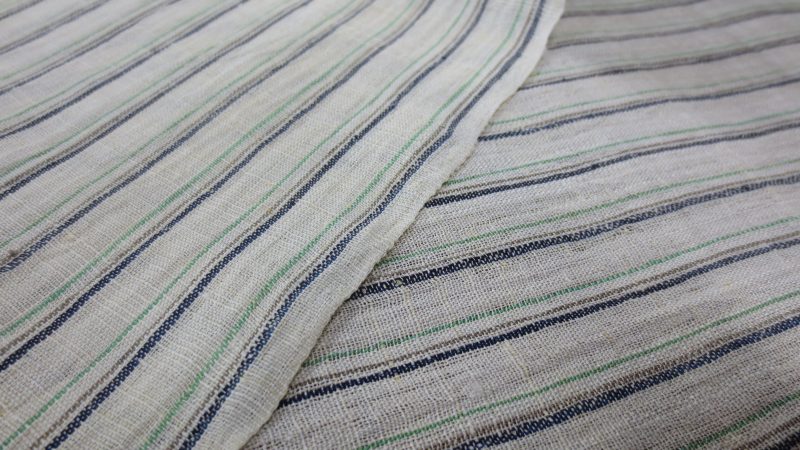 Ojiya chijimi. Never get tired of touching the exquisite and intricate wavy texture. 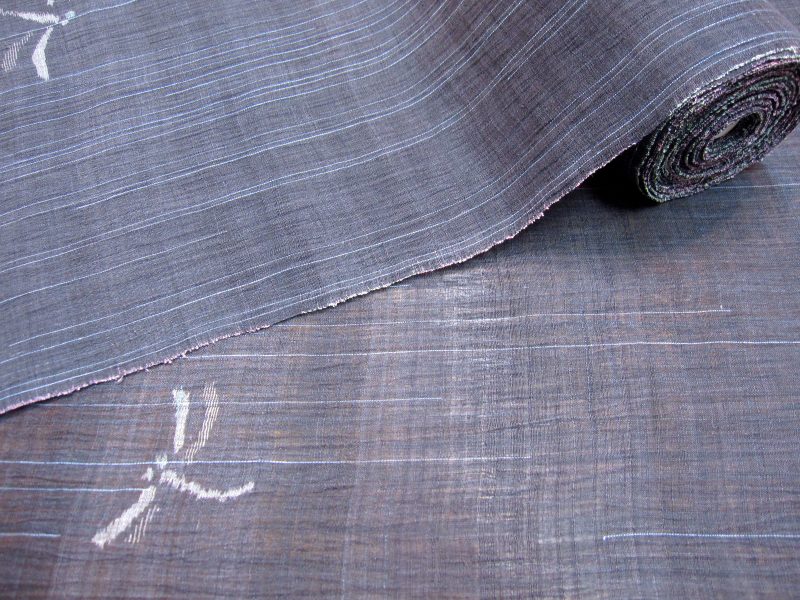 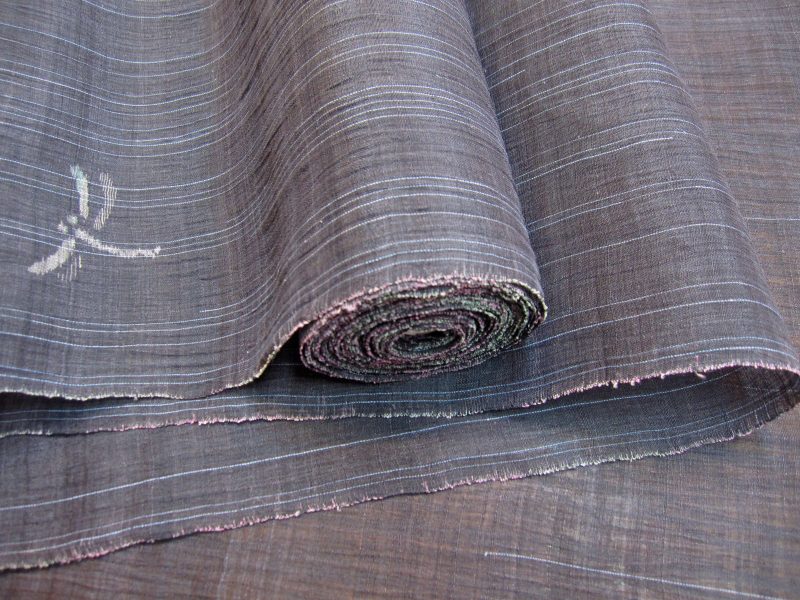 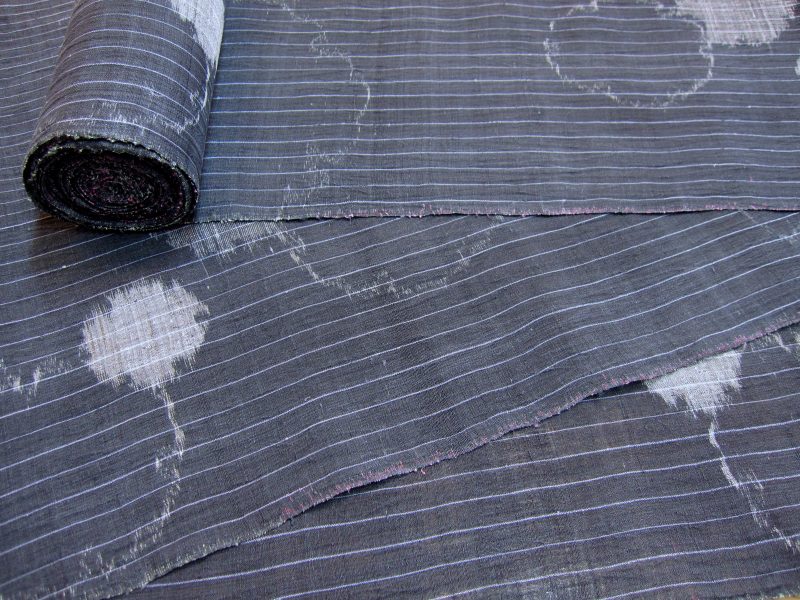 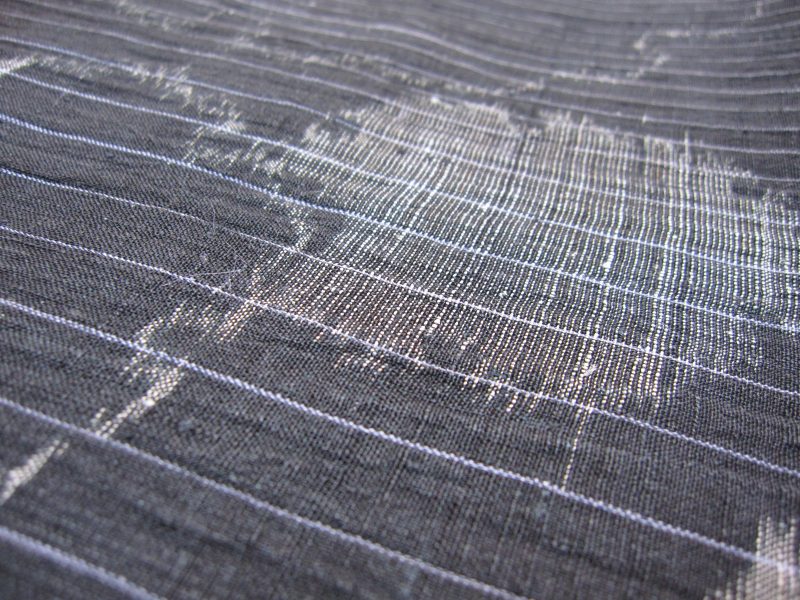