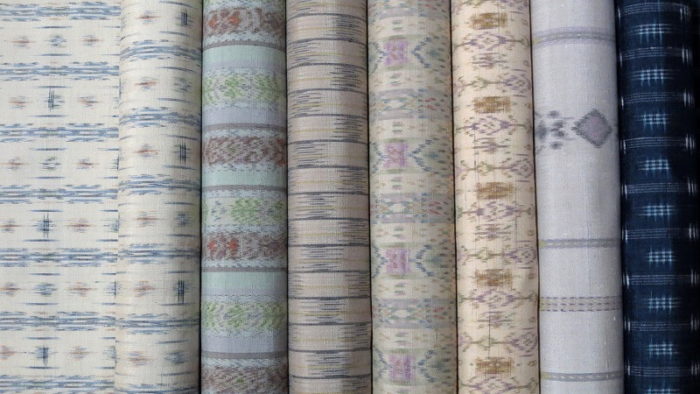 By Omi merchants from the Edo period, Omi-jofu has became popular across Japan. After the WWⅡ, its technique has adopted to a silk textile, which is about Hatasho tsumugi. Although it is one of newly born tsumugi after the war, its rustic and warm texture, novel design gains much popularity. 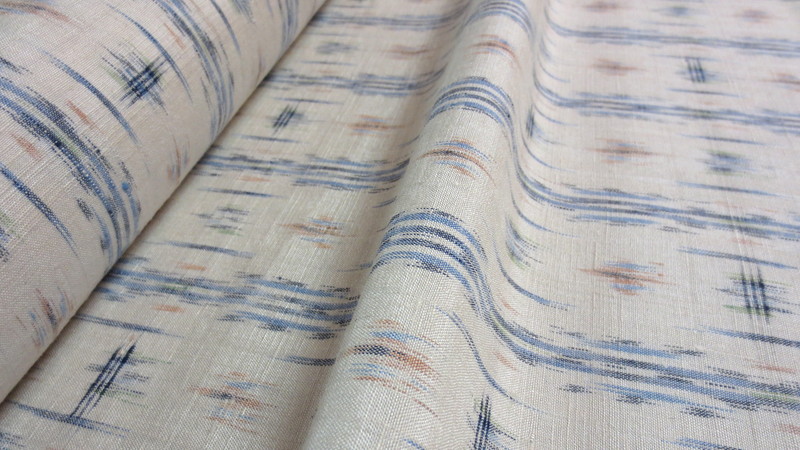 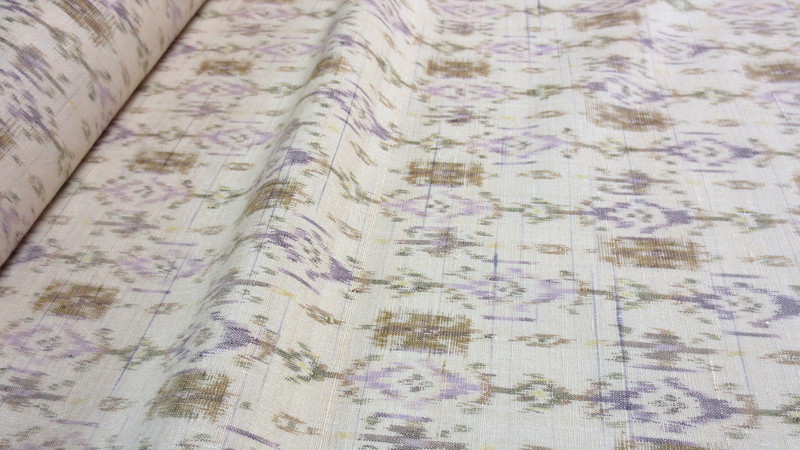 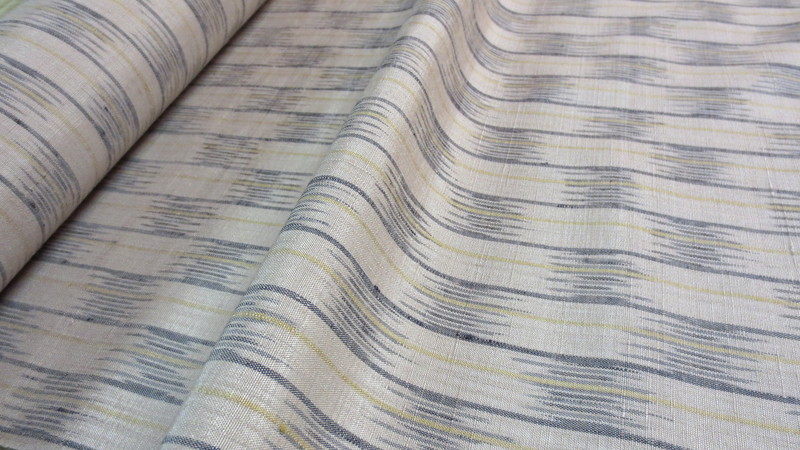 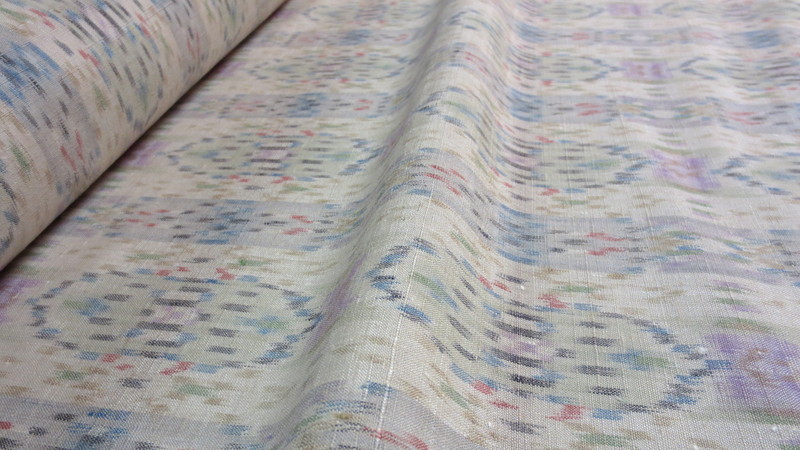 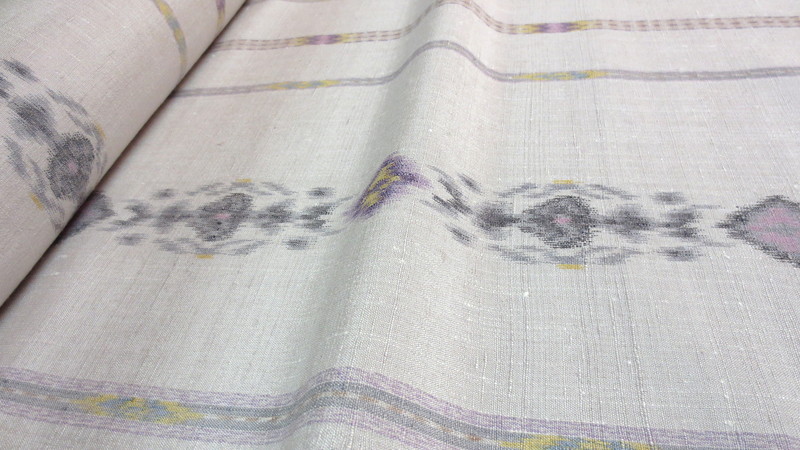 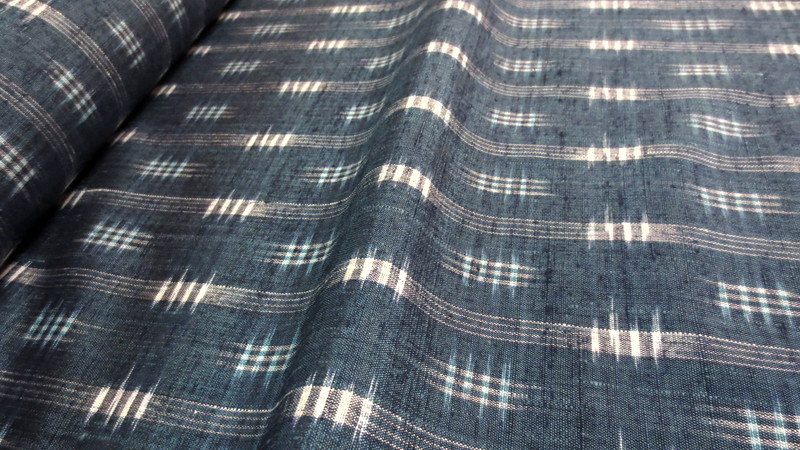 Hatasho tsumugi employs comb printing kasuri technique, which is characterized by the ombre kasuri patterns. Its kasuri technique was the traditional method adapted from Omi-jyofu.